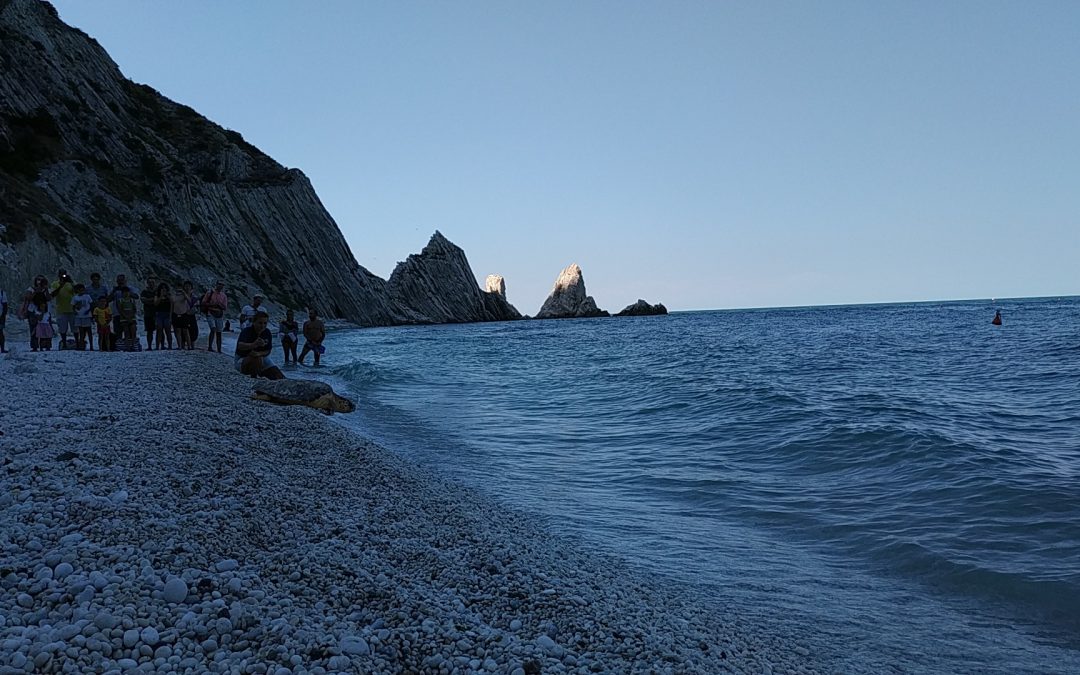 Last Friday, after being cured in the sea turtle rescue center of Fondazione Cetacea, two specimens of Caretta caretta, which we had named Giulia II and Elisabetta, was released. The first was found floating adrift with a deep skull wound and severe neurological problems, the second was the accidental victim of a trawl net capture. In both cases their bad misadventure ended with a happy ending and the return to the sea in perfect condition from the beach of Due Sorelle, accompanied by the ferrymen of the Conero and a respectful festive contingent “crowd”.